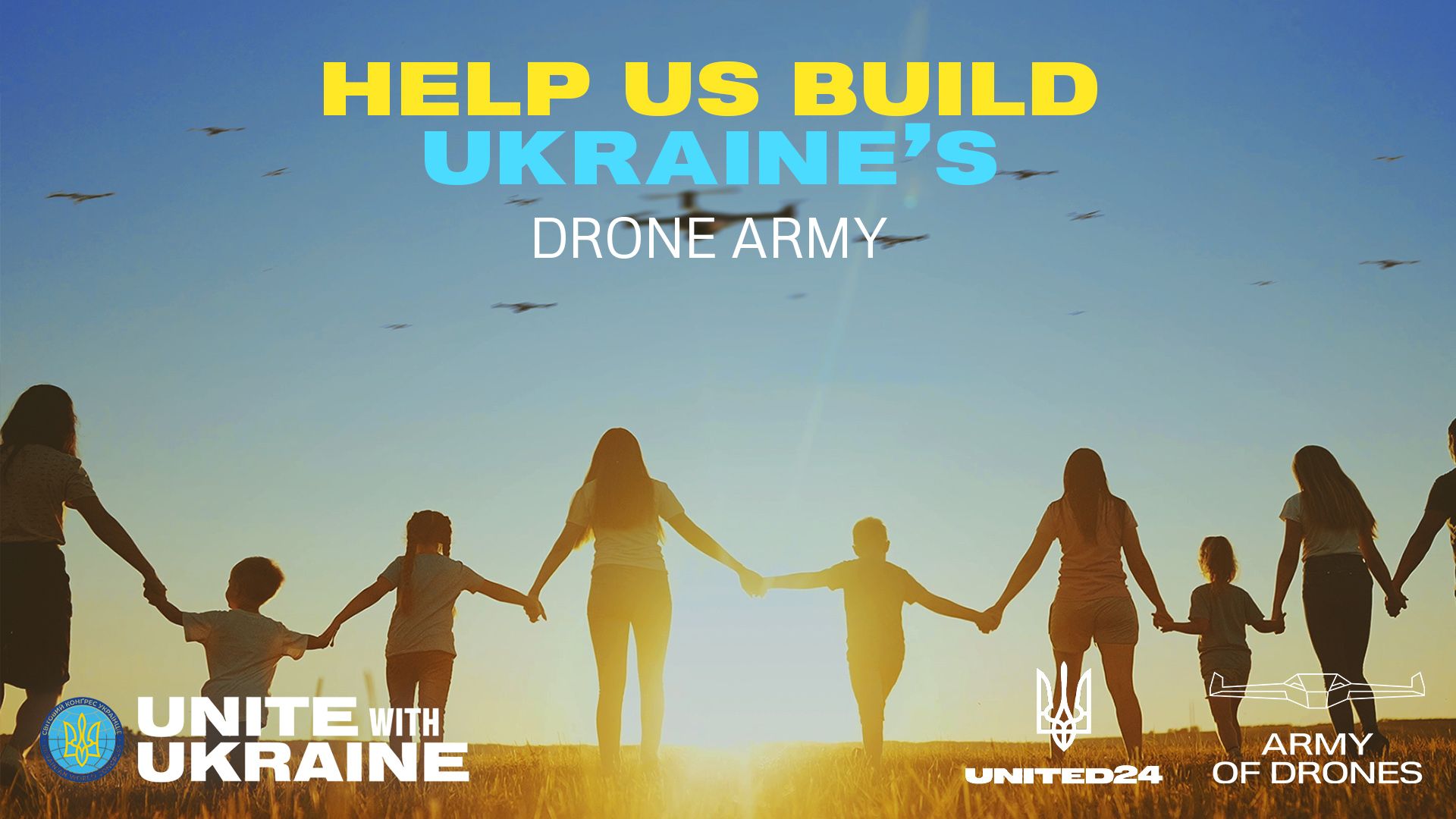 On the 31st anniversary of Ukraine’s Independence, UWC initiated the ‘GIVE UKRAINE AN ARMY OF DRONES FOR INDEPENDENCE DAY!’ campaign. The UWC calls on all Ukrainian communities and organizations to join in, over at this link: https://www.unitewithukraine.com/united24 .

Also, the UWC will highlight communities and organizations who make contributions, via a special notice on the drones. They will also showcase them on their communication channels.

The campaign will last until August 31, but could be extended.

Earlier, the Ukrainian World Congress launched the UniteWithUkraine campaign, which has already raised almost 30 million USD for the needs of the defenders of Ukraine.