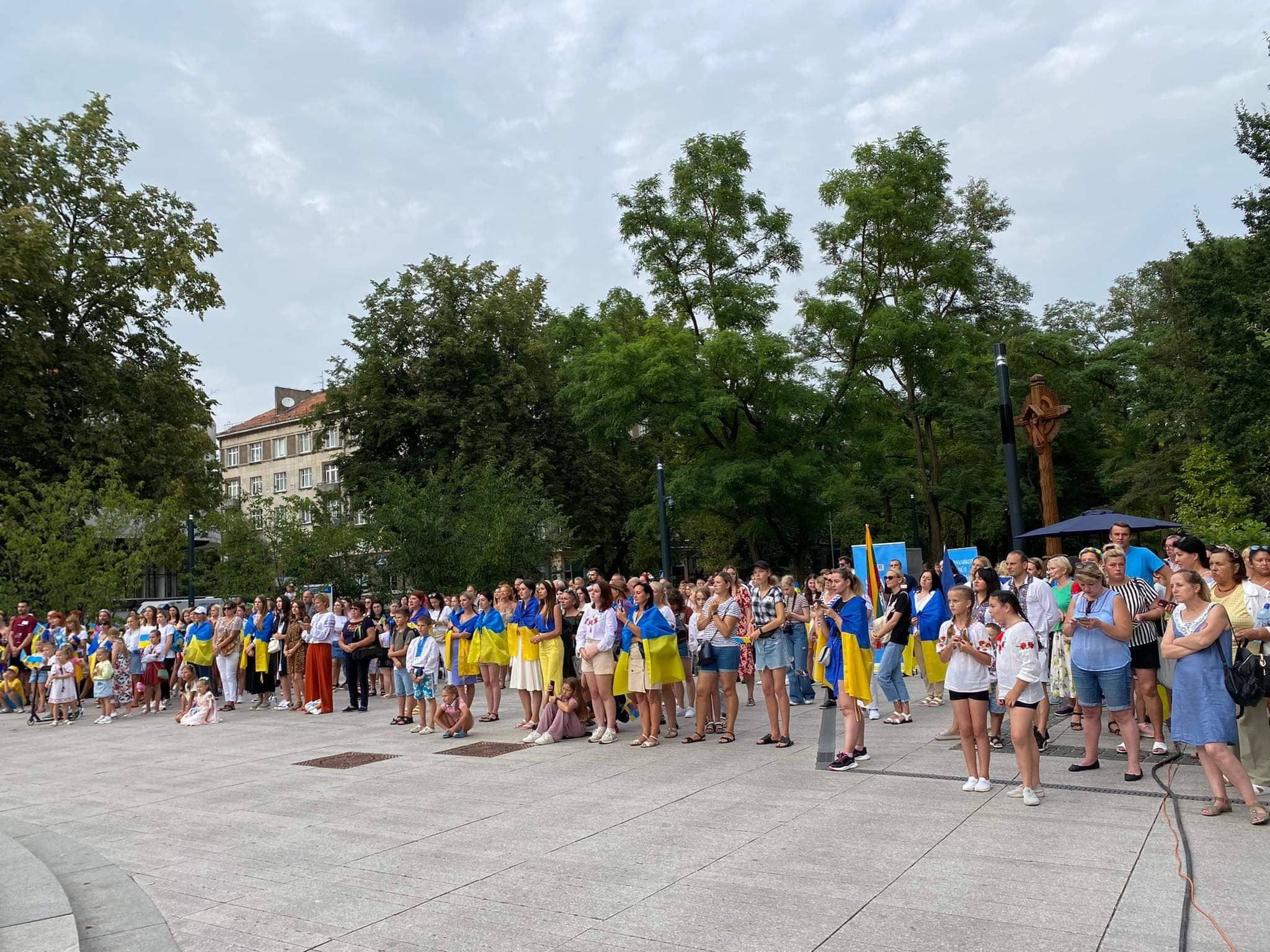 Ukraine’s 31st Independence Day is more important than ever this year, when the country commemorates it with bloodshed, civilian and military deaths due to the senseless war started by Russia destroying the entire nation and destroying cities.

A public meeting was organized in Klaipeda, to commemorate the Independence Day of Ukraine in Lithuania. This year, the day was mentioned with special sensitivity, leaving no room for indifference. With heart-wrenching speeches and tears, the rally gathered a huge number of townspeople, guests of Klaipeda and Ukrainians there.

Instead of the planned small number of 400 people, more than 700 people gathered for the public meeting.

Mindaugas Jonusas, the head of NGO Bonitatem, the organizer of the rally, did not spare harsh words in his speech and urged those gathered to actively participate and support the resistance against Russian aggression.

“Let’s not lie and pretend that we care about the fate of Ukraine if we are silent or indifferent.

Together we can do more. – campaigned the organizer of the rally, Mindaugas Jonusas.

The meeting was attended by honorable guests of the Parliament of the Republic of Lithuania, such as member Ligita Girskienė, chairwoman of the Ukrainian Lithuanian community Dalia Makarova. The rally ended with a joint song, photos and chanting Thank you!

Tags: Ukraine
Share:
We use cookies on our website to give you the most relevant experience by remembering your preferences and repeat visits. By clicking “Accept All”, you consent to the use of ALL the cookies. However, you may visit "Cookie Settings" to provide a controlled consent.
Cookie SettingsAccept All
Manage consent