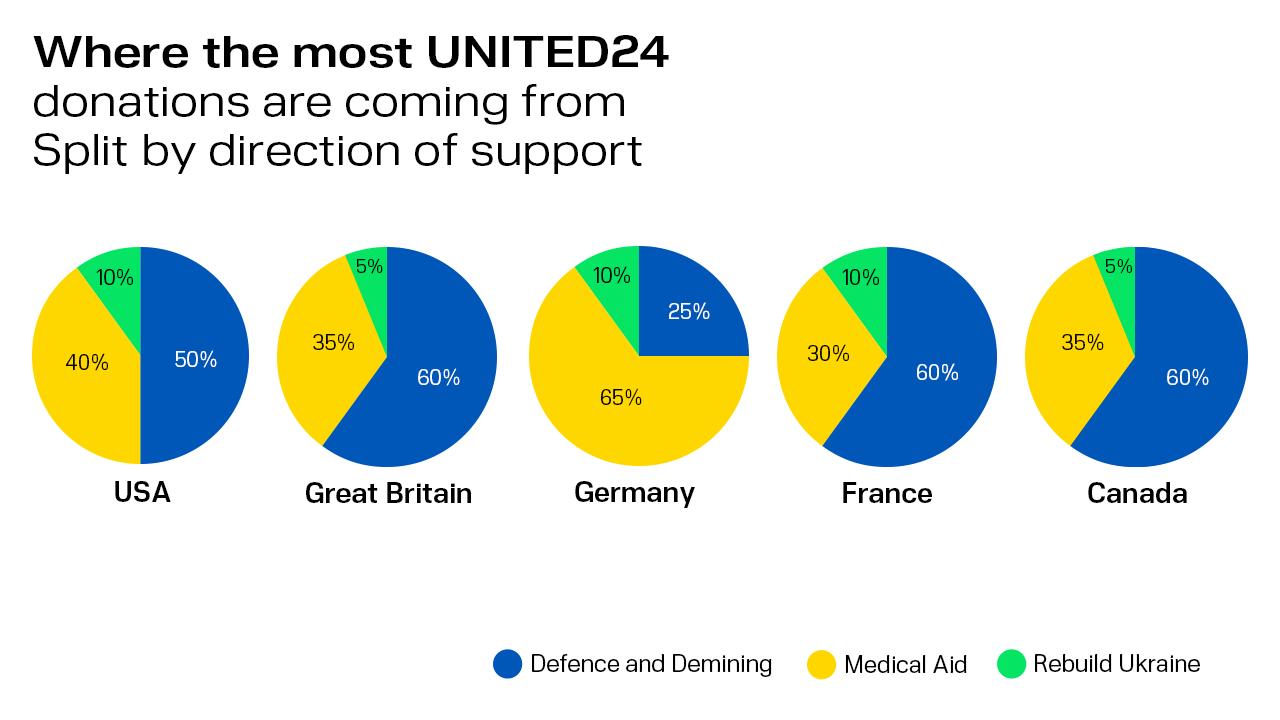 Most Popular Directions of Support Among UNITED24’s Most Active Donors

In less than two months of the UNITED24 fundraising platform, donors worldwide have made charitable contributions totaling $62,864,493. Most of them came from the United States, Germany, France, Canada, the United Kingdom and Ukraine. The most popular direction of support was Defence and Demining.

Ukrainians were the most eager to support the army (70%), maintaining parity in the other two areas (15% each). They are followed by the British, French and Canadians based on the same indicator (60%).

They are followed by the British, French and Canadians (60%). Medical Aid was the second most popular direction among the residents of the United Kingdom and Canada (35%). 30% of the French donated to medical needs, the rest of them (10%) — to reconstruction of Ukraine. Americans have contributed almost equally to the defence and medical field (50% and 40%, respectively). Most often, among others, Germans supported Ukraine’s doctors (65%), and the least often they helped the military.

We thank the citizens from every country, who supported us, and continue raising funds through our platform.