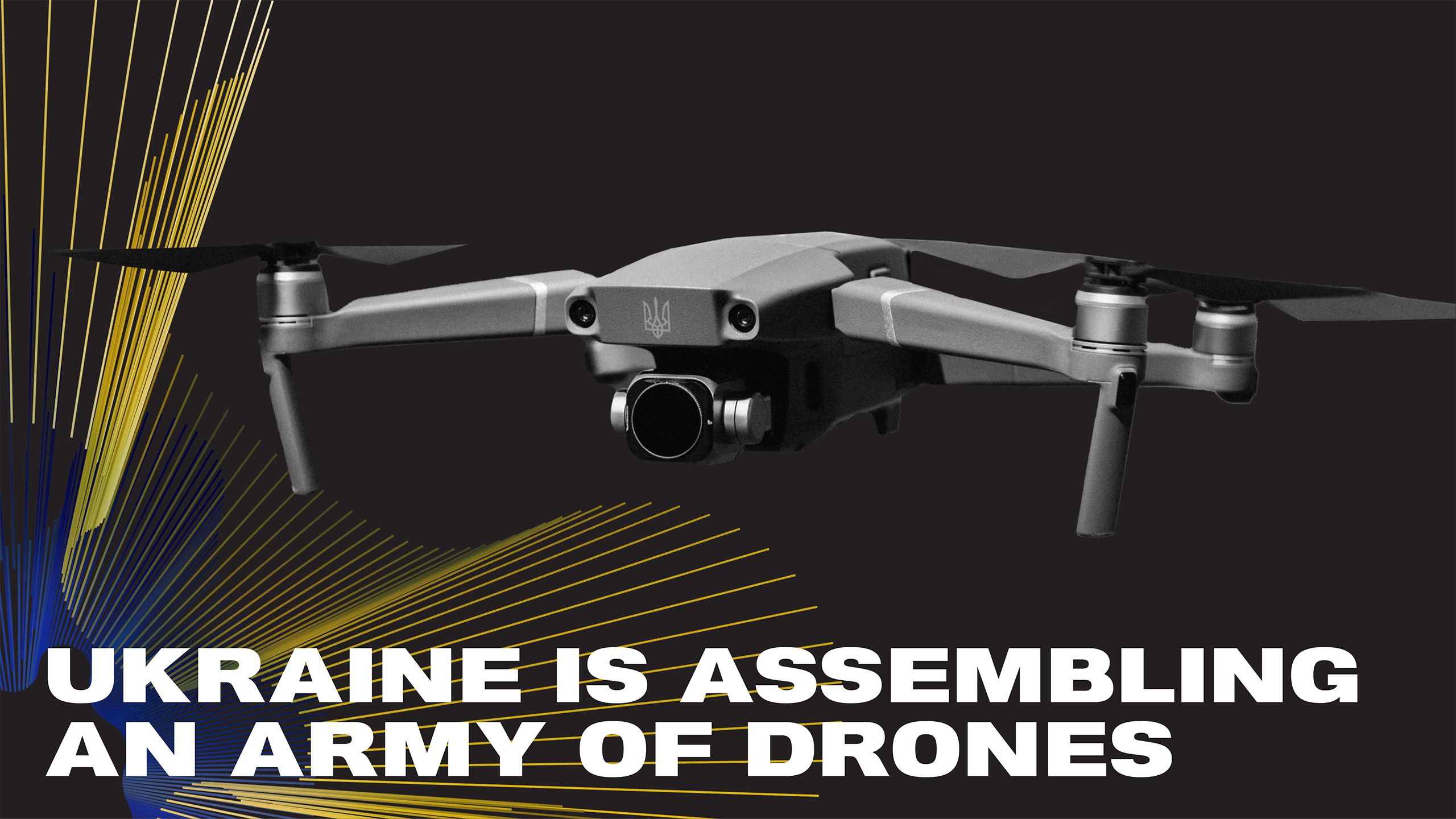 Ukraine Raises an Army of Drones

On July 1, President Zelenskyy’s global fundraising platform UNITED24, together with the General Staff of the Armed Forces and the Ministry of Digital Transformation, announced the start of the “Army of Drones” campaign. The Army of Drones is a complex program that involves drone procurement, maintenance, and replacement, as well as pilot training.

The first goal is to purchase 200 reconnaissance drones for the Armed Forces of Ukraine, as well as to collect thousands of multi-use and commercial unmanned aerial vehicles (UAVs). These will be used to help Ukraine defend itself against Russia’s unprovoked and unjustified war.

The ‘Army of Drones’ will allow Ukrainian army to constantly monitor the 2470 km long frontline and to field an effective response to enemy attacks.

Supporters around the world can contribute in two ways; by either donating funds towards new drones, or by ‘dronating’ their own hobby/commercial drones. Both contributions can be made via the landing page on the UNITED24 website, over at https://u24.gov.ua/dronation .

The funds raised will be used to acquire tactical UAVs for air reconnaissance. These drones can fly up to 24 hours at a time, at a distance of up to 160 km and an altitude of up to 5 km. They are equipped with several thermographic cameras, position sensors, and software support. Most importantly, these tactical UAVs are difficult to detect, and therefore difficult for the enemy to take down.

All donations via the UNITED24 website are transferred directly to the special National Bank of Ukraine (NBU) account of the Ministry of Defence.

Donated multi-use and commercial drones can be sent to a warehouse in Poland or the United States, where they will be transported and delivered to Ukraine. Ukrainians will also be able to send a package through any branch of Nova Poshta, the project’s partner. A quadcopter with the following minimum parameter settings is required: 5000 mAh lipo battery, flight range starting from 1 km, 20 MP camera, 30 minute charging time, 5280×3956 photo resolution, and 3840×2160 video resolution, while a joystick and remote control are preferable. It doesn’t matter if a drone is new or old, it just has to be in working order.