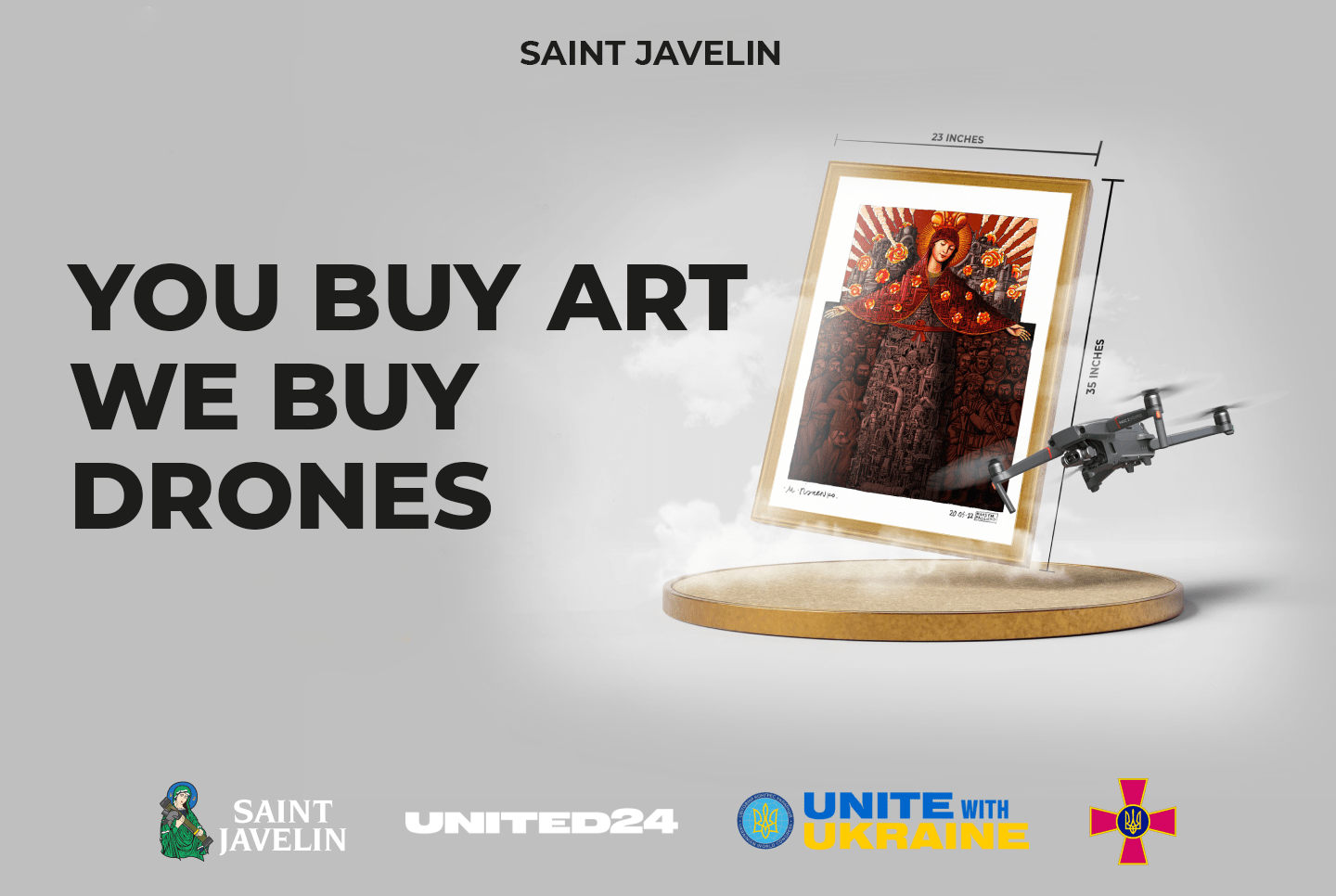 Saint Javelin is Supporting UNITED24 and Fundraising Drones for Ukraine

Saint Javelin, a social enterprise, which has donated over $1M in contributions for Ukraine from selling their products, is supporting the Army of Drones Project. The initiative’s team has launched a landing page for collecting direct donations, and will transfer profits towards the procurement of drones.

Saint Javelin has decided to join the Army of Drones project in order to strengthen the Ukrainian army and save thousands of lives. The Army of Drones is a complex program that involves drone procurement, maintenance, replacement, and pilot training. UNITED24 launched this project together with the General Staff of the Armed Forces and the Ministry of Digital Transformation. The goal is to purchase 200 reconnaissance drones for the Armed Forces of Ukraine, while also collecting thousands of multi-use and commercial UAVs. As of the end of July, there has been 260.5 million UAH of brand-new, tactical-level UAVs procured as part of the project.

The former journalist and founder of Saint Javelin, Christian Borys, commented on his decision to join forces with UNITED24:

“All profits from the Saint Javelin online store will go towards drones, too. In addition, the assortment of products is constantly updated: t-shirts, hoodies, stickers, and much more. By the way, in March, the Minister of Defenсe of Ukraine, Oleksiy Reznikov, handed over the Saint Javelin t-shirt to President Zelenskyy!”

Saint Javelin also launched an auction for the ‘Our Lady of Mariupol’ limited-edition print.

These one-of-a-kind art pieces are produced in Ukraine by the Ukrainian artist Maksym Palenko. There are only 75 prints available, all signed by the author. The first art piece has already been gifted to the Ukrainian Museum of Canada, which preserves and exhibits Ukrainian cultural identity items from Canada and the rest of the world. ‘Our Lady of Mariupol’ is to remain part of the permanent exposition.

The second art piece is being auctioned on Saint Javelin’s Instagram page, between July 28 and August 3. The rest of the copies can be purchased on the Saint Javelin website.

The proceeds from the auction will be used to procure drones for the Ukrainian army with Ukrainian World Congress (UWC), UniteWithUkraine, and UNITED24. The UWC has been helping to fight the Russian army, both informationally and effectively, by purchasing equipment for the defenders of Ukraine through the global fundraising campaign UniteWithUkraine. This campaign also begins cooperation within the framework of the Army of Drones project.