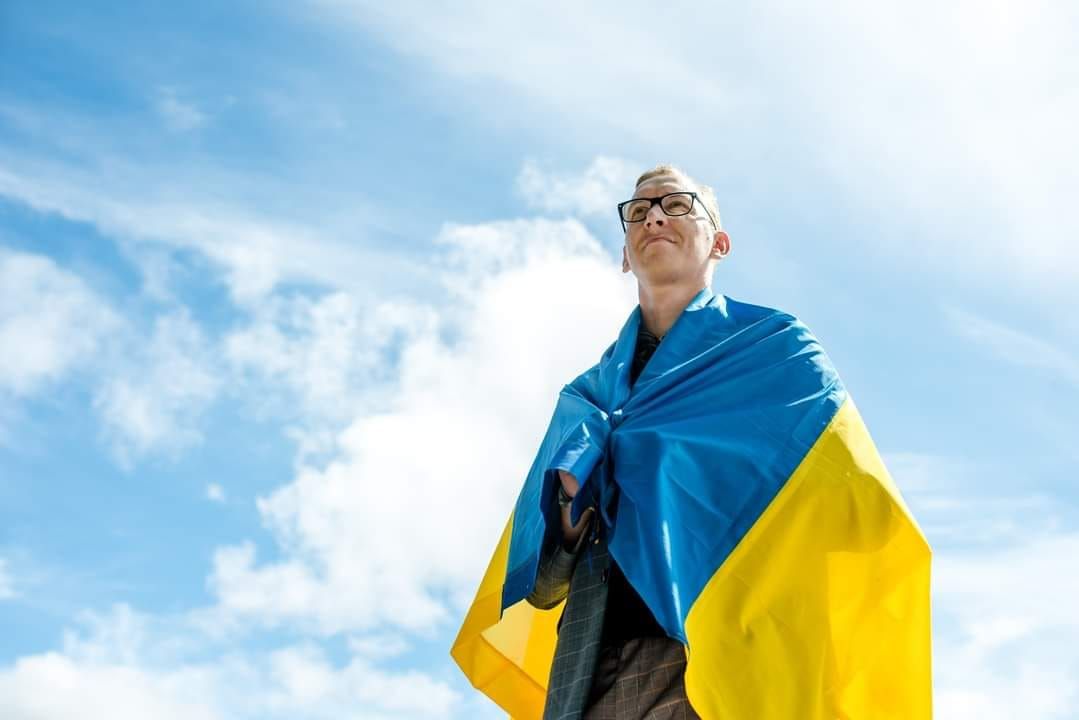 Mindaugas Jonusas: war is not an illusion

Lithuanian civil society has not remained indifferent to the events in Ukraine, and new voluntary movements have emerged in the spectrum of non-governmental organisations providing humanitarian aid to war refugees in Lithuania and civilians suffering from the hardships of war in Ukraine.

A small initiative group founded Bonitatem ORG, but very quickly it became visible, active and appreciated by Ukrainians. And its leader, Mindaugas Jonušas, found a common language with the Ukrainian war refugee community in Lithuania. We decided to interview Mindaugas Jonušas about the mission, vision, goals and objectives of this organisation.

Volunteering requires preparation, when did you become interested in it, how did you prepare for it and what motivated you to take up humanitarian aid, which is also time-consuming, requires a lot of energy, strength, sacrifice and courage?

Let’s start with the fact that I have been volunteering for more than 10 years: from helping various organisations to living for a week in the convent of the Sisters of Mother Teresa and taking care of the poor directly. I am very happy that this year has been declared the Year of Volunteering in Lithuania, because volunteering has become very important and necessary in the face of the war in Ukraine.

I could not remain indifferent at this time and I resolved to be with the suffering nation and its people. I had to leave my job and postpone some plans in order to find time and opportunities to be of service to people who suddenly found themselves in the reality of war.

It all started at the Ukrainian Registration Centre, where I had the opportunity to meet Ukrainians, to provide humanitarian aid and to observe their pain up close. Later on, a trip to the Ukrainian border, where I had to deliver charity when the war broke out, made a big impression. It was an unexpected experience. If someone had told me three years ago that I would be going on such a trip, I would not have believed it. The war in Europe seemed impossible.

Could you mention a few people who encouraged you at the beginning, who gave you the confidence and the determination to keep on giving?

Perhaps not so much personalities as faith and prayer. Certainly, over time, the Ukrainians I have met, all of whom are heroes to me, their stories, their pain and their experience have been and will continue to be the best motivation to keep going, even in very difficult circumstances, and to stay close to those who are defending the freedom and the right to life of all of us today.

Social problems, war and its effects on nature, wildlife and human beings are evil, but the meaning of the name “Bonitatem” is linked to the concept of good. Could you explain why this name was chosen?

Each one of us is called to be an ambassador of hope for one another and to be very attentive to the other person and his or her problems. We have to recognise that we still have a lot of homework to do before we become empathetic, learn the art of mutual support and survival in adverse circumstances, which is why we chose the name Bonitatem, which translates as good, because evil is overcome by good deeds, by the determination not to lose hope, and because we should not forget for a moment our common human values. Being with and for each other is essential at all times, and in today’s reality it is even a test of the humanity of each one of us.

You organise peaceful rallies, what do you think is the point of them?

Yes, this summer, we had to organise events in support of Ukraine in the port city and elsewhere, which were even broadcast on Ukrainian TV and in the Rada, and attracted the interest of a war-torn public. When I came up with the idea to organise the first event (the idea came while volunteering at the Ukrainian registration centre), I saw and felt the need for Ukrainians who had come to live in a foreign country – Klaipėda, Lithuania, who had lost their relatives and social ties and did not know what the future would hold.

And after all, it is necessary for a person to feel a sense of community, so that he or she is not left alone and lonely. There are many attention-grabbing events happening in the world every minute. As a result, interest builds up and fades quickly. However, a war, a plan to destroy an entire nation, cannot be a momentary sensation. We organised the rallies because we wanted to remind everyone, both in the city and in the world, that an event has occurred that threatens the whole of humanity, and that we can no longer live alone, but have to carry a message of unity with a suffering nation.

This was one way of drawing attention to what has happened in Ukraine. By organising actions in support of Ukraine, we quickly saw that the need and desire to participate only increased. And it is worth bowing our heads to the whole team – volunteers, supporters, speakers – who, walking the unbeaten path, have managed to encourage us to keep our hands in the air and to carry this message of hope for the liberation of Ukraine.

Thank you to the Nuncio Visvaldas Kulboks, to the parish priest of Mary Queen of Peace Parish Mindaugas Šlaustas, who always offered Holy Mass for Ukraine and its people the day before the event, to the Lithuanian Ambassador to Poland Eduard Borisov, and to the Honorary Consul in Luhansk Robert Gabul, who gave us the confidence and the courage to act.

What feelings and impressions do you get when you talk to people who have experienced the hardships of war, and what qualities of a people emerge in adverse conditions. Could you mention some of the shocking things they experienced and told you about?

As I said, the Ukrainians are literally heroes to me. Their posture, even at this time, when there is no water, no electricity, no gas, when there is a threat of further destruction of vital infrastructure, of almost suffocation and deprivation of the possibility of life, they are courageous and determined in their fight for their freedom and ours, they have a sacred love for their land, for their people, and I am inspired to be like them.

At the registration centre, I was not only there to distribute material support, but also to wipe away tears and comfort those who were struggling to contain their emotions. There was one grandmother who explained in despair that she had already thought that she would not return to Ukraine and that she would have to die in a foreign country. I was very moved by the encounters with people who had recently risen from the rubble or from the underground (especially the people of the Mariupol region). These encounters have remained in my heart and memory, and I will remember the Ukrainians I saw as people of unbreakable spirit who changed the way I saw the meaning of life.

What would you like to say to people who are as interested in events in Ukraine as they are in the weather?

I think we are tired and we would like to replace this terrible news about what is happening in Ukraine with something else as soon as possible, but the situation in Ukraine today is very difficult. However difficult this desert of humanism may be, we must have hope that the darkest part is before the dawn. I would like to wish each other support and humanity, because that is the greatest help we can give to each other: we should find inspiration, observation, help or just a struggle. I believe we can, I believe we want to, but let us not lose hope. Let us open the door to a ray of light that can change our lives and be a new beginning. 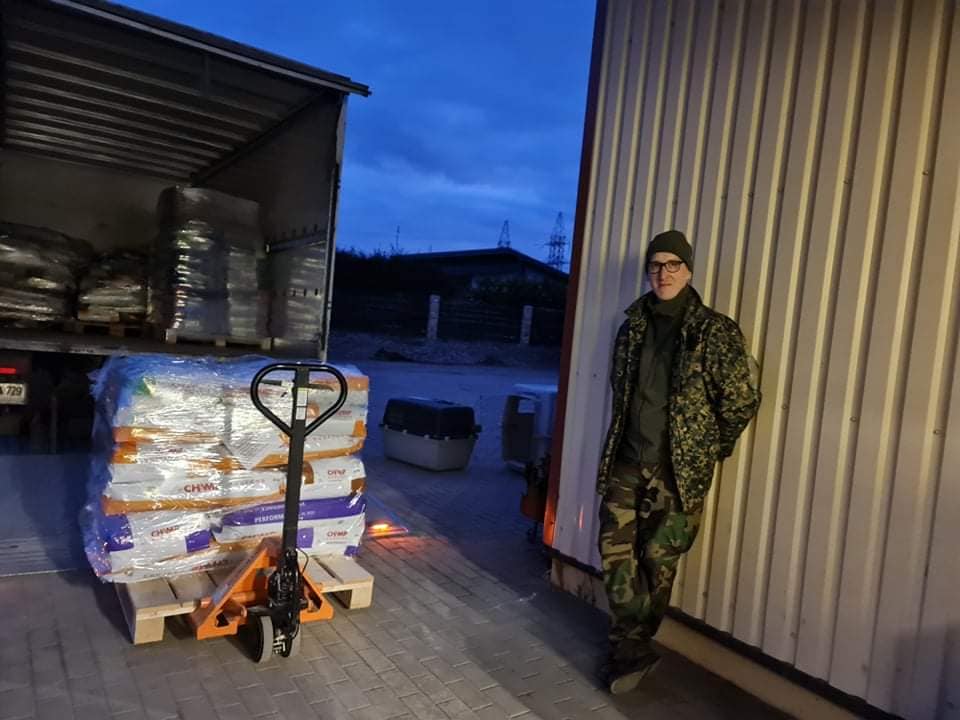