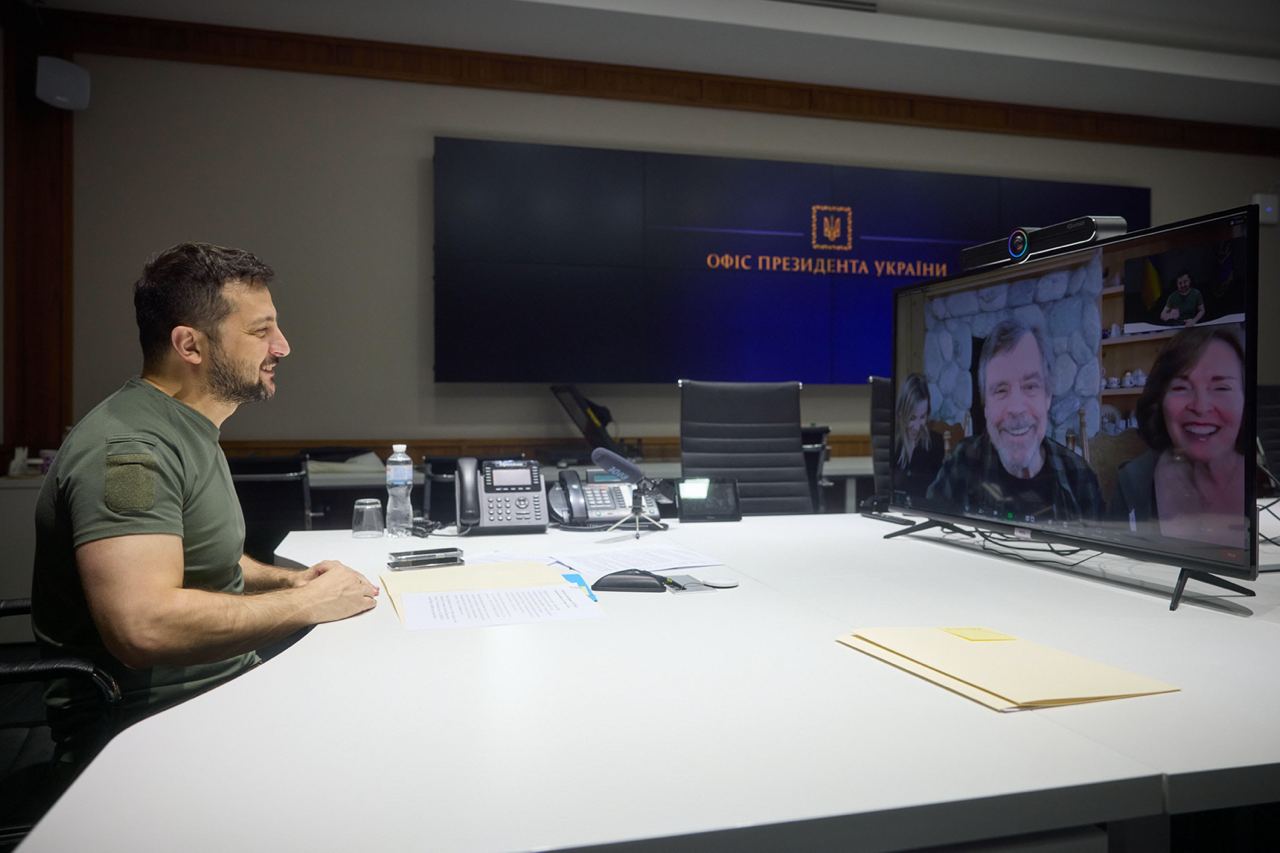 May the Force Be With U: American Actor, Mark Hamill, Becomes the Ambassador for the UNITED24 Fundraising Platform

Mark Hamill, known for playing the iconic hero Luke Skywalker, has become an ambassador for the UNITED24 fundraising platform. The prolific actor will support the Army of Drones project.

The new ambassador introduction took place during an online call with the President of Ukraine. Volodymyr Zelenskyy expressed his gratitude to Mark Hamill for supporting Ukrainian people since the beginning of the full-scale russian invasion of Ukraine.

“Mark, you have become the first ambassador to help Ukraine raise funds to support its defenders. For Ukrainians, this means a lot. As in Star Wars, good will triumph over evil and light will overcome darkness. With you in the team, there’s no other way around it,” Volodymyr Zelenskyy said.

“In this long and unequal fight, Ukraine needs continuous additional support. That’s why I was honored President Zelenskyy asked me to become an ambassador for the Army of Drones,” said Mark Hamill. ” I know for certain that Ukrainians need drones to protect their land, their freedom and the values of the entire democratic world. Right now is the best time for everyone to come together and help Ukraine stand up in this war with the evil empire.”

The “Army of Drones” project is a complex program of the fundraising platform UNITED24, the General Staff of the Armed Forces, the Ministry of Digital Transformation and the State Special Communications Service, which provides for the regular procurement of drones, their repair and prompt replacement, as well as a pilot training. Thanks to the contributions to the Army of Drones, the Armed Forces of Ukraine have already received 986 UAVs. The total amount of purchases is 1,905,508,866 UAH.