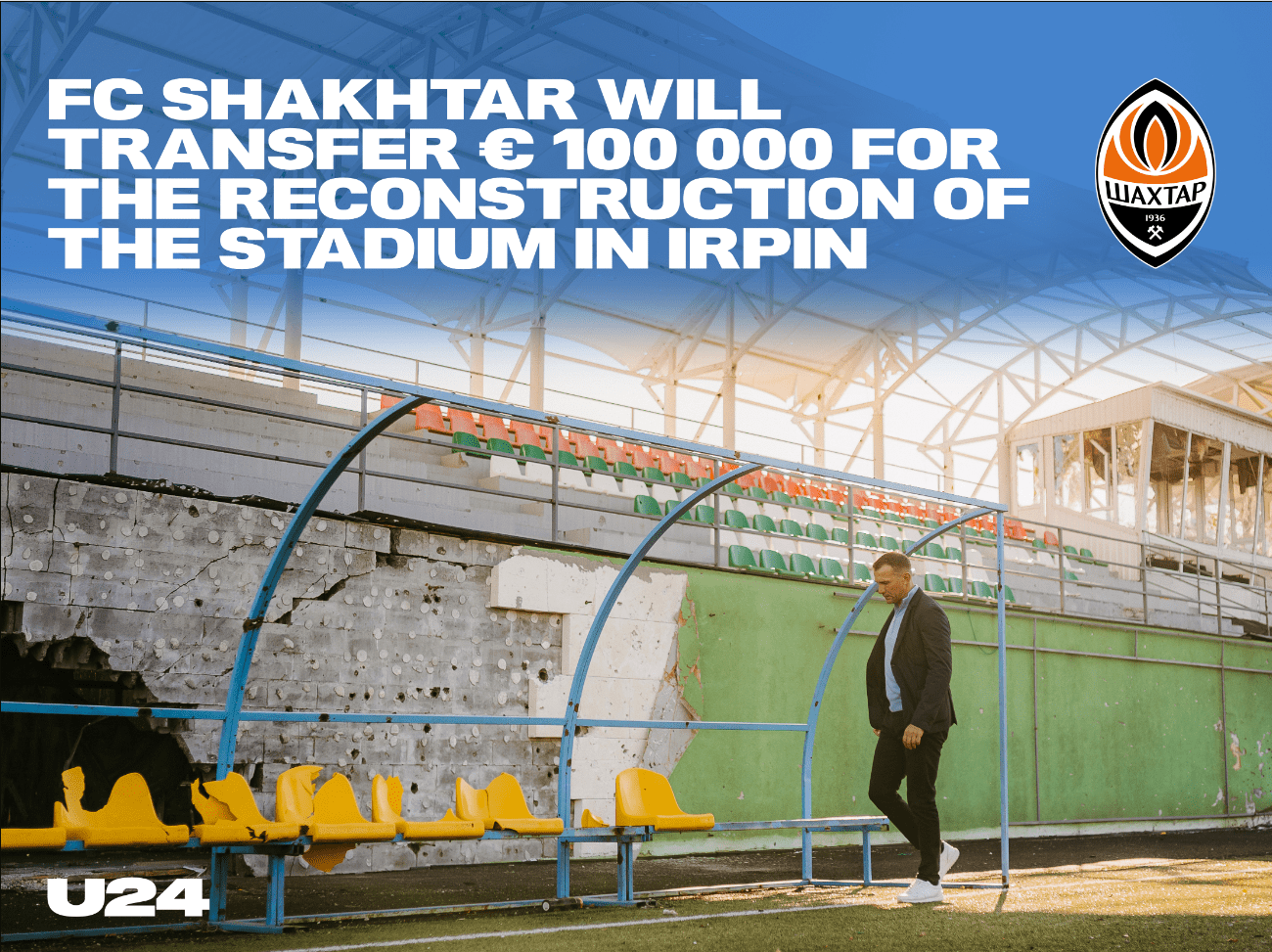 FC Shakhtar will Help Rebuild the Stadium in Irpin

The Donetsk club joins the fundraiser announced by Andriy Shevchenko, and will transfer 100,000 euros for the realization of the project.

Previously, A.C. Milan joined the initiative, which will contribute 150,000 euros. In total, 600,000 euros are needed to rebuild the Champion stadium, which was destroyed by russian shelling.

We invite the world community to join!

Could Chelsea F.C. be next?