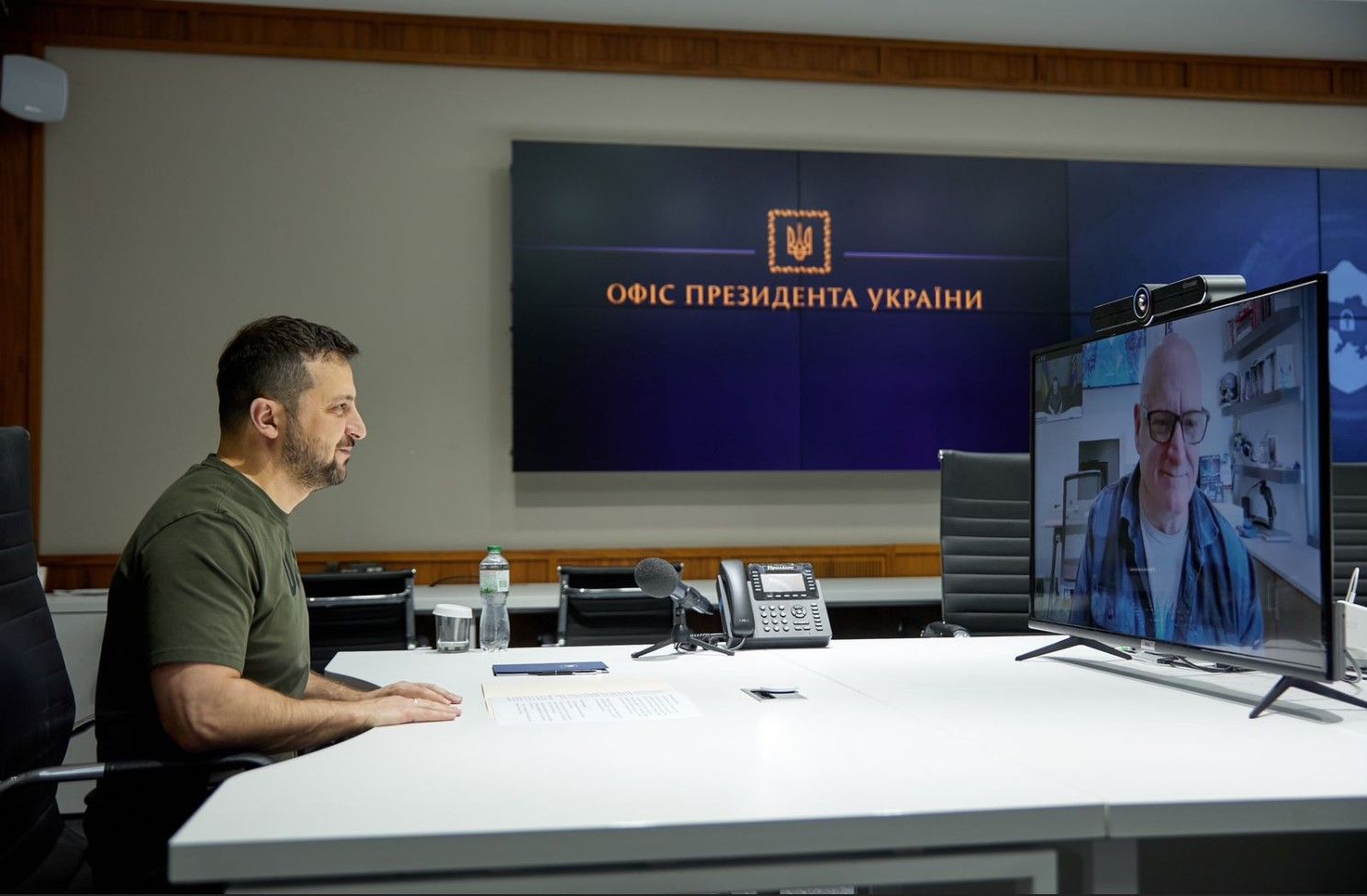 Astronaut Scott Kelly Becomes an Ambassador of the UNITED24 Fundraising Platform, Presenting an Ambulance to Ukraine

On October 27, former NASA astronaut and retired US Navy captain, Scott Joseph Kelly, joined the UNITED24 fundraising platform. He will promote the Medical Aid direction; his first project will be a fundraiser for C-class ambulances. Kelly discussed his ideas for supporting Ukraine and UNITED24’s further development during an online meeting with President Volodymyr Zelenskyy.

“We are proud to have an ambassador like you, Scott. It is very important that famous people, not only celebrities, but also outstanding astronauts, join the platform. I am grateful that before becoming an ambassador for UNITED24, you supported us, including on Twitter, and that you support Ukraine with real deeds, helping our medical industry», said Volodymyr Zelenskyy.

Scott Kelly is famous not only for four space flights and for setting the American record for a total stay in space for 520 days, 10 hours and 33 minutes. He also holds the record for staying in orbit for 340 days in a row. The record-breaking astronaut also holds the rank of captain in the US Navy, where he spent over 3,500 hours in the sky on more than 30 types of aircraft, and made more than 250 landings on an aircraft carrier.

Scott Kelly has supported Ukraine from the very beginning of the full-scale Russian invasion, both in word and deed. During this time, he raised $500,000 to support Ukrainians. Apart from that, he became famous for his apt sarcastic comments under the posts of Russian officials and propagandists on Twitter.

In addition to this already impressive track record, Scott has a medical background. This, according to the new ambassador himself, set his mind on raising funds specifically for ambulances.

“In my youth, I worked in emergency medical care as an EMT and ambulance driver and saw with my own eyes how timely medical assistance can save people’s lives. Later, as an astronaut, I always performed the role of crew medical officer in space so emergency medical care is important to me. Ukrainian doctors and medical personnel today are real heroes, performing miracles daily and in unbelievably challenging and dangerous conditions. I consider it my duty to support Ukraine as they defend democracy against Russian aggression. I will be the first to make a monetary contribution in the amount of 65,000.00 USD to purchase the first ambulance via President Zelenskyy’s UNITED24 platform. I am very hopeful freedom-loving people around the world will join me in this effort.