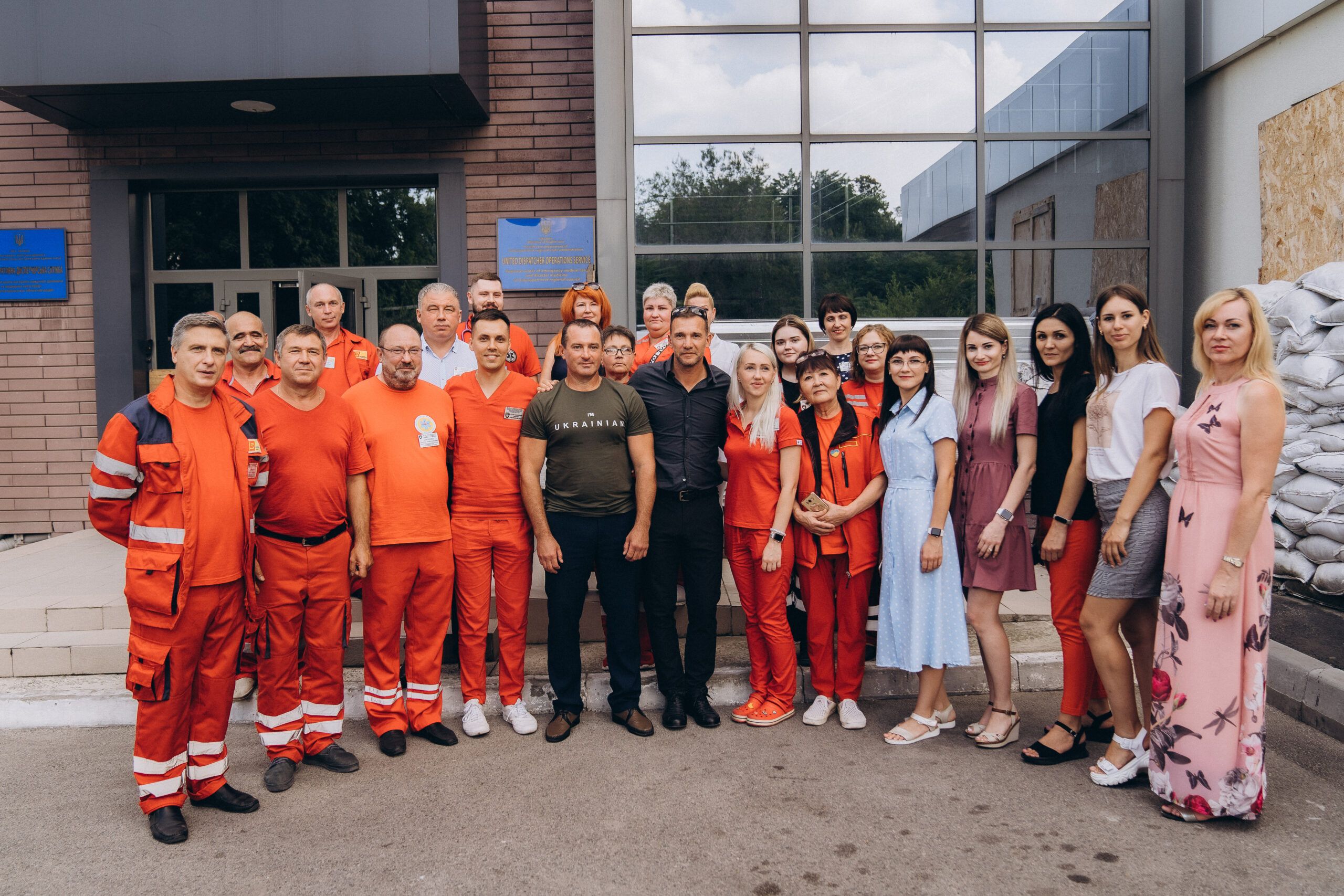 An ambassador of the UNITED24 fundraising platform, Andriy Shevchenko, visited Dnipro, a city near the frontline, to support Ukrainian doctors, wounded, children and families who suffered from the russo – Ukrainian war.

“I talked to the doctors at the emergency medical center. The one that received ALV devices for ambulances, which we purchased via UNITED24. I want to thank everyone who donates money. Your every dollar is saving someone’s life,” Andriy Shevchenko said.

In the children’s hospital, the U24 ambassador talked with the medical staff, namely with Oleksandr Makarevych, an anesthesiologist in the children’s department of disaster medicine. His team received one of the ALVs purchased with donations from UNITED24 donors.

Additionally, Andriy Shevchenko visited a polytrauma intensive care unit, and met with injured children from Bakhmut, Nikopol, Toretsk and Siversk during his trip.