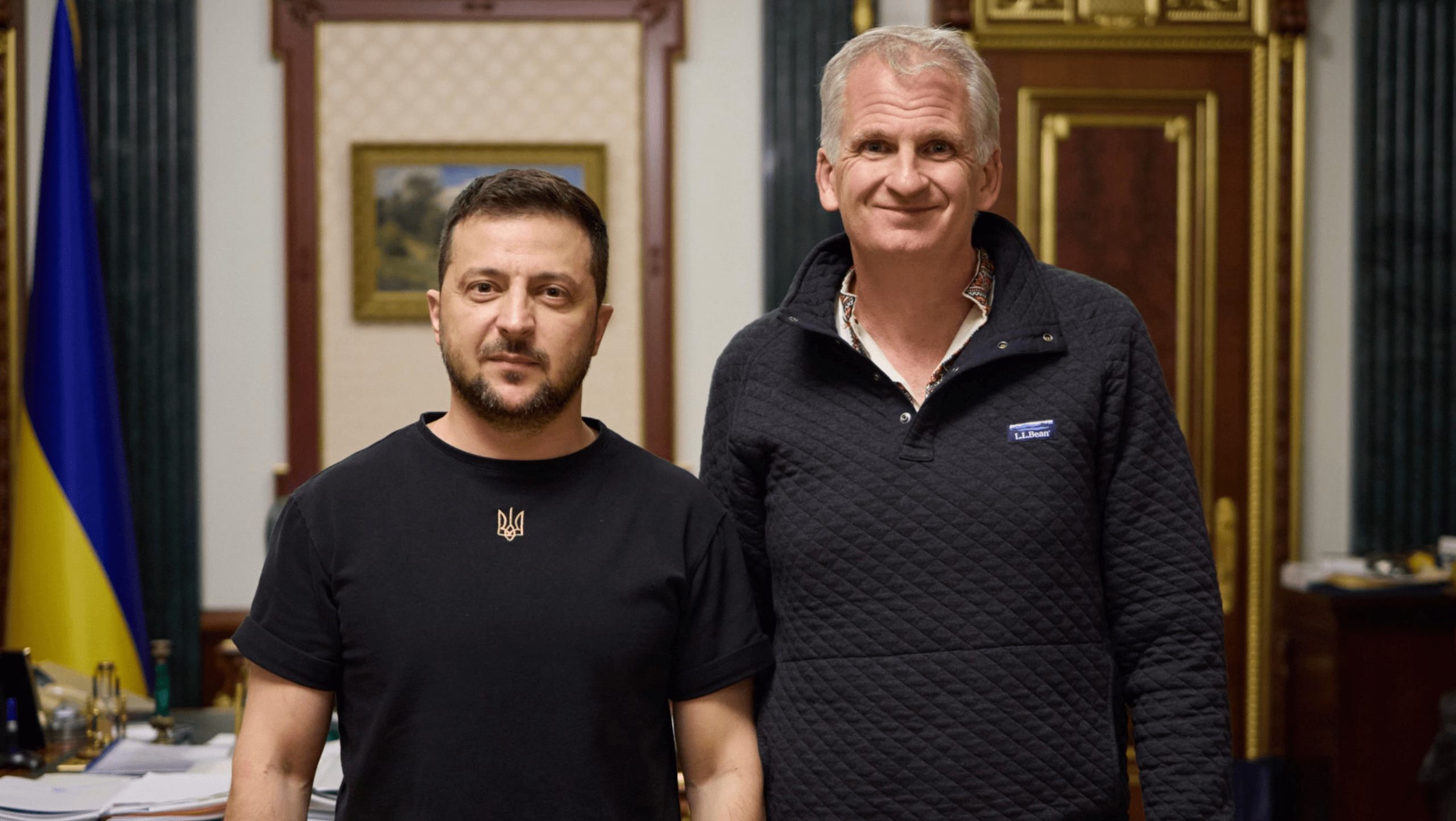 Professor of History at Yale University, Timothy Snyder, has joined the UNITED24 team, becoming the second ambassador after actor Mark Hamill who will focus his efforts on fundraising for Defence and Demining.

Recently, the famous historian made his course of Yale University lectures,  “The Making of Modern Ukraine,” available for everyone. The lectures have already gained almost three million views. Now he will be supporting Ukraine in his new role as UNITED24 ambassador. Snyder will raise funds for an anti-drone system to counter the UAVs constantly used by russia to attack Ukraine’s critical infrastructure  (https://u24.gov.ua/donate/defend).

Timothy Snyder met with the President of Ukraine, Volodymyr Zelenskyy, in person, during his September visit to Kyiv.

“Timothy Snyder is an outstanding historian and a true friend of Ukraine, who tells the whole world about the importance of Ukraine, its true history, values, the way they were shaped, and why we need to protect them, in his works. I am also grateful that more people will understand, not only about the reasons and preconditions of our fight, but also learn about how they can help us,” said Zelenskyy.

“I’m supporting Ukraine because Ukraine must win this war. Ukraine must win to lead the way into a better century. Ukrainian victory will open the region and the world to democracy and give us all hope. But for now, Ukraine is threatened. Much of Ukraine is under occupation. Ukraine’s attackers, breaking all the laws of war, seek to kill civilians and to deprive them of the basic means of existence such as food, water, and electricity. To protect Ukrainians, to protect Ukraine, and thereby to defend all these values, we must be able to stop these attacks. I’m a historian and a scholar and in the long run I want to be raising money to rebuild libraries, schools, and universities. But right now, we have to do what is more urgent, which is to raise money to help Ukraine to defend itself from murderous drones. That is why I have set my goal as raising 1.25 million dollars for anti-drone defense,” said Snyder.