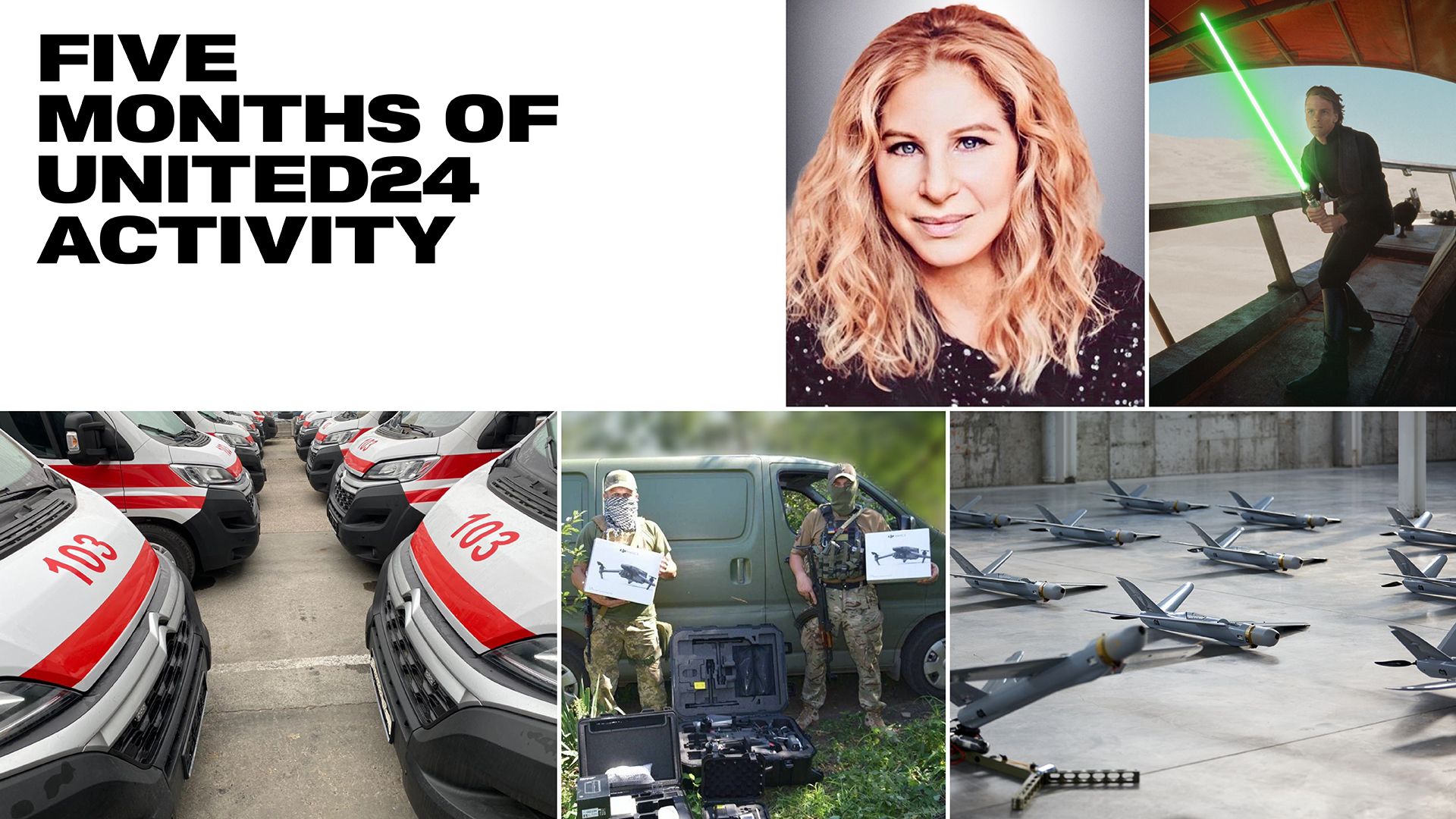 “Seventh month of the full-scale war in a row. No matter what anyone says, Ukraine keeps receiving support from people worldwide. Moreover, the real movie legends, Barbra Streisand and Mark Hamill, help us too,” says the Vice Prime Minister and Minister of Digital Transformation of Ukraine, Mykhailo Fedorov.” The Star Wars franchise actor became the first ambassador for the Army of Drones. After that, we received messages from people who donated towards defense for the first time. They wrote to us that they realized they’ve already been a part of the ongoing fight on the side of truth, on the side of Ukraine, and now they’re ready to take the responsibility”

In addition to the star ambassadors, the Army of Drones has been strengthened by new purchases, including 10 durable PENGUIN C-MIL Mk 2 UAS. As a result, the Armed Forces of Ukraine will receive UAVs that can fly for 25 hours under any weather conditions. In addition to that, in September, the first 20 Warmate drones purchased as part of the Monobank fundraising were transferred to the frontline.

During this fifth month of UNITED24, the Ministry of Health has purchased 22 vacuum-assisted closure devices and 4852 external fixation devices. In addition, another 23 ambulances, 300 external fixation devices, 68 anesthesia devices, and 24 operating tables were delivered to different regions of Ukraine. “We are very grateful to receive this gift, an operating table. When we started writing off the old table – it was made in 1990, it was about 30 years old,” said Mr. Serhiy, who heads one of the medical institutions in the Dnipropetrovsk Region.

A new partner, AWT Bavaria, will also fundraise to help doctors. An official BMW importer in Ukraine, they presented 400 cars; from each sale, UAH 50,000 will be transferred via U24.

Our new ambassador, Barbra Streisand, also supported the Medical Aid direction of UNITED24. She is already popularizing the 24,000 Friends of Ukraine project and encourages people to sign up for a monthly donation of $24 to support medical workers. Streisand herself immediately contributed $24,000 — 1,000 months, paid in advance.

Balenciaga donated €100,000 to the Rebuild of Ukraine, collected from the sale of the first batch of T-shirts, which were created especially for UNITED24 by  Demna, creative director of the fashion house.

Other large contributions were made by: the Pfizer Foundation — $5,000,000 for Medical Aid; the Ukrainian World Congress — $600,000 for the Army of Drones; the Victoria State Government — 500,000 AUD for Rebuild Ukraine.